Create a new global campaign to make the Babbel brand famous, by showing off its core benefit – giving language learners the confidence to have proper conversations.

We created Alexi, Babbel’s interplanetary protagonist who unifies all language learners and embodies the universal feeling of alienation when in a different country (or solar system), with no knowledge of the native tongue. Alexi was introduced via a 2-minute film, which played out on social media, supported by two 30″ TVCs.

The campaign, directed by David Shane through O Positive, unfolds with Alexi rolling between multiple, close encounters of the awkward kind – from unsuccessfully asking for directions, to being locked out of a hotel room. After downloading the Babbel app, however, Alexi is finally equipped with the tools to converse, swiftly making friends, confidently cracking jokes, and feeling ever more at home in a world where he first felt entirely alien. 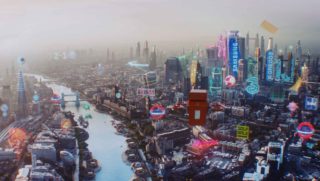