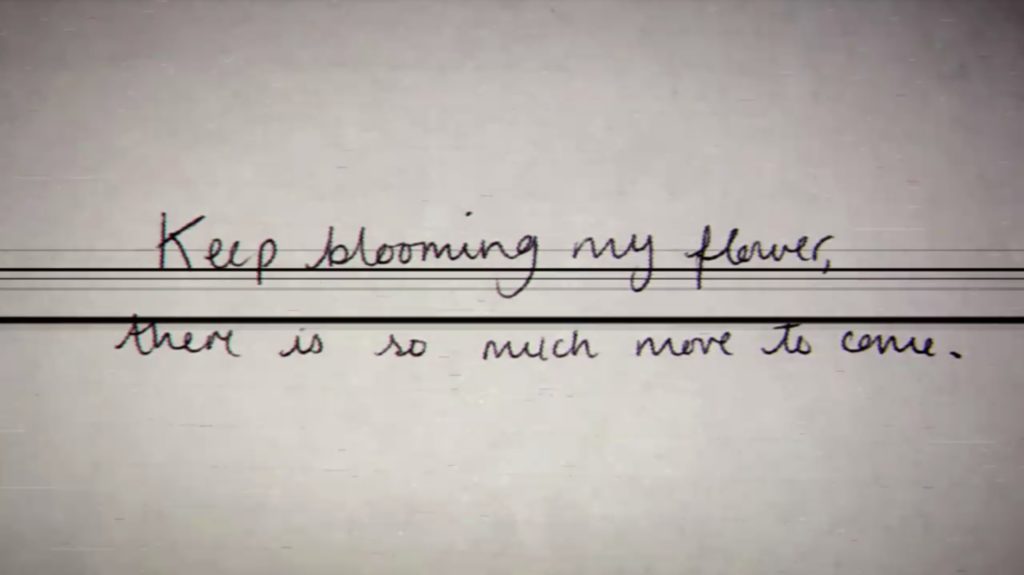 We’ve been running the programme as a five month, fully paid, in-house creative crash course since 2016, but needed to do things differently for 2020. So last year we recruited eight of the UK’s brightest stars for a ten-week virtual program where they learned from the very best in the creative industry in getting ideas out, copywriting, graphic design, filmmaking, how to present themselves and their ideas and so much more. All designed to help them realise their creative ideas.

An important part of the course is to create briefs that allow each Kenndey to explore their creativity. As the program kicked off, we jumped at the chance to create a music video for Khruangbin, which turned into a mega production and would mean The Kennedys’ work would exist in the real world. Eight Kennedys, from all corners of the UK, came up with ideas, shot and edited their parts of the film, which is a celebration of writing, sending and receiving letters. Help came from former Kennedys Sammy Watts-Stanfield with production and Sof Vujanic helping with pick-up shots.

‘Dearest Alfred’ is a beautiful song about the power of letters. For the music video, The Kennedys wanted it to be inspired by the postal service worker, and bring to life the sentiment and power of written communication. So each of the Kennedys started the brief by writing a letter. Over the next couple of weeks they then brought to life the idea, journey and emotion contained in each of their letters. Shooting, animating and editing all of their own content from home using their phones (which is no mean feat given a lot of them had never filmed or edited anything before).

With help from Trim and Time Based Arts, they created a video collage of all the unique and personal interpretations of the brief. Eight different stories, all weaved together to bring to life the power of letters.

Inspired by KnXwledge’s take on ‘Dearest Alfred’, they then took the original music video and visually remixed it. They re-edited the original footage, created a monochrome version and then used animation overlays and footage layering to create a remix aesthetic.

Khruangbin’s Laura Lee said of the project: “I’ve been a big fan of The Kennedys since working at W+K, as it gives creatives that lack work experience a chance to gain some amidst the beautiful chaos of real agency life, and feel extremely proud for the opportunity to work with them on such a meaningful project. Our Zoom call with them presenting us their ideas for the video was one of my favorite moments of quarantine – I felt incredibly inspired and humbled.

Coverage includes the likes of NME, Hypebeast and Creative Boom.