To demonstrate the world class camera technology inside the Nokia N8 handset.

There was an explosion in the world of mobile handsets and the non-phone technology inside the devices. We knew that we needed a unique campaign to demonstrate the world class tech inside Nokia’s N8 handset. So we set out to not only create broadcast content on the handset itself, but to break a few records in the process.

Shot entirely on the Nokia N8, the film ‘Dot’ showcases the smartphone’s 12-megapixel photography capabilities and also celebrates the CellScope, created by Professor Daniel Fletcher. The CellScope is a microscopic device which when attached to a Nokia handset, has helped the Professor diagnose fatal diseases in remote areas of developing countries. Dot was later certified by the Book of Guinness World Records as the world’s smallest stop motion character animation.

Within the first two weeks post-launch, Dot rocketed to 3 million views on You Tube. 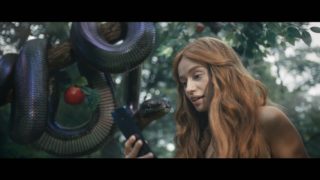