“Brent means everything to me — growing up there, having friends from different backgrounds, learning about different cultures and taking that with me,” says Sterling. “It was always my dream to play in the Premier League, play for England, and I’ve always wanted to give back to the community that I grew up in and give them an opportunity. This partnership with Nike and Brent Schools Football Association is an opportunity for me to provide guidance and the right help so a lot of kids can have the same dream as me.”

Shot on location in the streets where Raheem’s dream began, the film is directed Billy Boyd Cape at Academy Films.

The spot follows a series of empowering murals which appeared throughout Raheem’s home town. A sixth and final mural now permanently spans the outside wall of Ark Elvin Academy. The team photo shows Raheem side-by-side with the academy’s current students, defiant, and ready to smash all expectations. The artwork was created by Nike with Crowns & Owls and Wieden+Kennedy London. 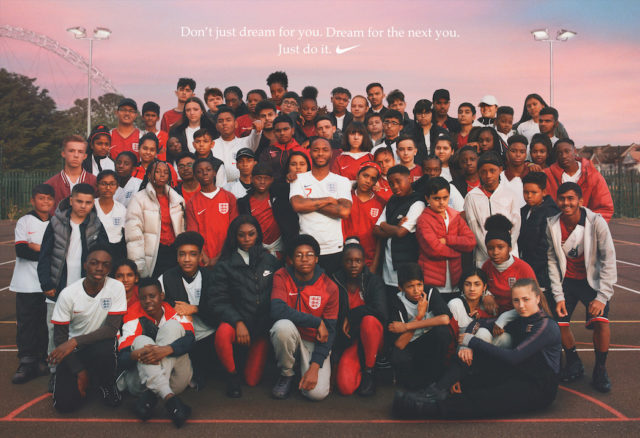