Christmas To The Maxx 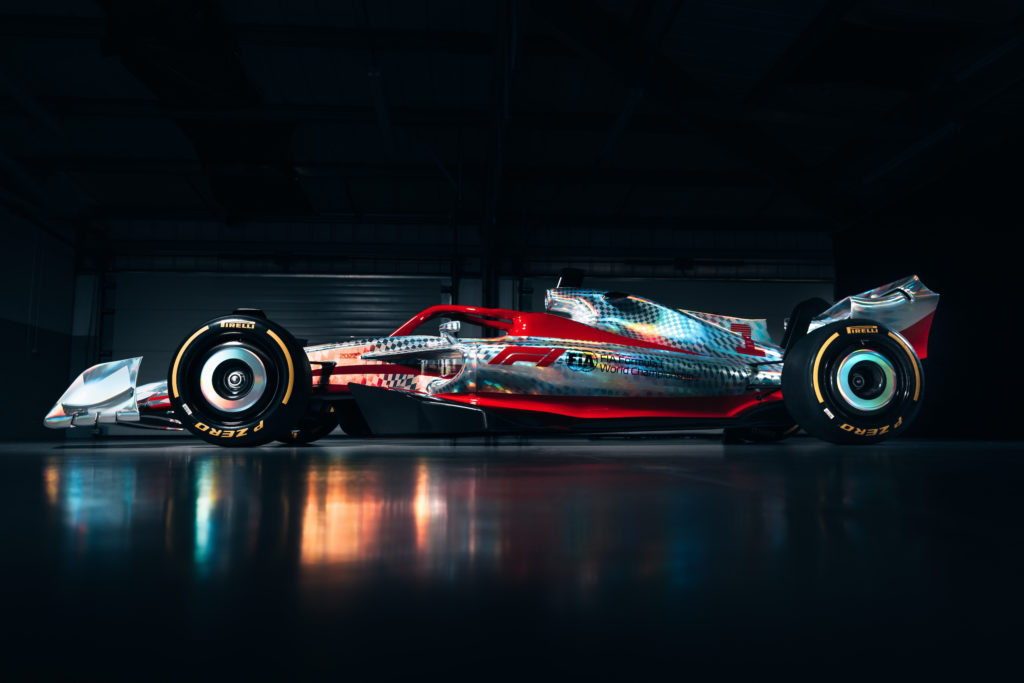 Formula 1 begins an exciting new chapter next year when the current rulebook is ripped up and a radical new set of regulations come into force – all designed to produce even more spectacular racing.

And the new era officially kicks off with F1: One Begins, which takes fans on a journey through the ages before arriving at the most futuristic racing car of all-time, with livery and a launch film created with W+K London.

The eye-catching livery design captures both the elegance and speed of the sport, with an iridescent finish that shifts and changes depending on the light, reflecting the different intensities of racing.

W+K design team Jonny Isaacson and Alexandra Thursby-Pelham said: “To create the race car livery, we took inspiration from one of the most iconic and historic parts of F1, the chequered flag, giving it a revamp to capture both the champagne-spraying elegance and the breakneck speed of the sport.”

Read more about the ground-breaking changes to the 2022 car here.

The accompanying hype film, created with Paris-based design agency Golgotha, teases the visceral 2022 design system. Will Wells, Senior Creative, added: “The 60’ spot charts the sensory journey of a race, from calm to euphoria to madness to eye-watering, hyper-solarised chaos.”