The 60′ spot educates viewers that pasteurising – which involves heating beer – is the biggest mistake Camden could ever make. The animated takes the format of a breaking news announcement from Camden Town Brewery, launching during Channel 4 News at 7pm. The ad is centered on an animated press conference with three illustrated spokespeople from Camden’s Beer Team. With a concerned and apologetic expression on her face, the lead character, voiced by Lolly Adefope, will announce a voluntary recall of a small batch of the brand’s popular Hells Lager which has been accidentally pasteurised.

With 50 of the pasteurised cans seeded across the UK, the recall of the inferior Hells Lager looks to educate beer drinkers on how pasteurisation impacts the freshness of Hells Lager and that Camden will go to the ends of the earth to make sure its beers are always fresh tasting. Camden drinkers will know if they have encountered one of these despicable pasteurised cans, as they are covered with warning stickers to look just as terrible as they taste.

Any ‘unlucky’ drinkers who come across one of these not-fresh pasteurised Camden Hells cans, will need to call the specially created ‘ALWAYS-FRESH-BUT-NOT-THIS-TIME’ Camden Hells Lager hotline and will be compensated with a year’s supply of fresh, never pasteurised Hells Lager.

The spot is directed by James Papper and features illustration from Vivienne Shao. 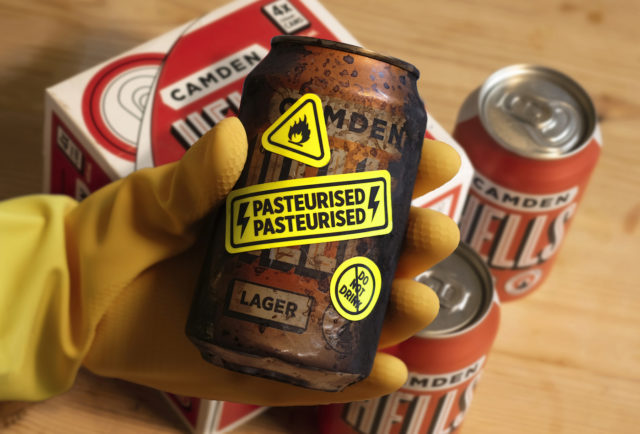