A series of musical guests performed live from our public-facing Hanbury Street window, taking on the extended piano to play reimagined Christmas classics.

The amazing instrument, which made its UK debut, isn’t just packing 30% more notes, it’s got super skills that lets musicians go way beyond Christmas jingles. Concealed within the elongated piano are sophisticated speakers which feed into samplers which, in turn, feed back into the sound of the piano strings. This creates an electro-acoustic sound quite unlike anything else.

Passers-by enjoying the seasonal entertainment were encouraged to make a donation to The Rhythm Studio Foundation, which works with schools, community groups and young people who have a passion for music but lack the means and support to take it further.

Thanks to Pitch & Sync for providing the piano and to the musicians for some fantastic performances. 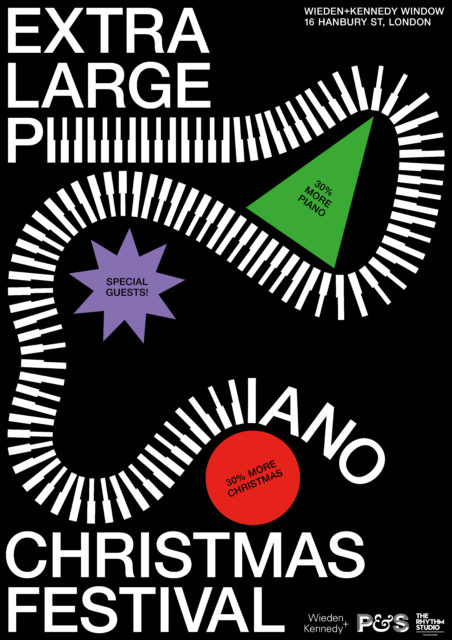 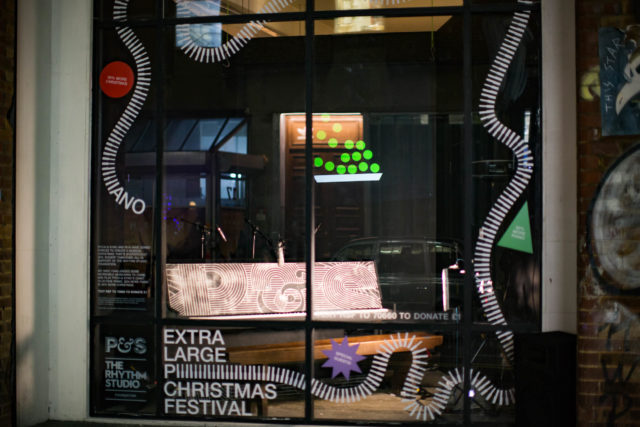 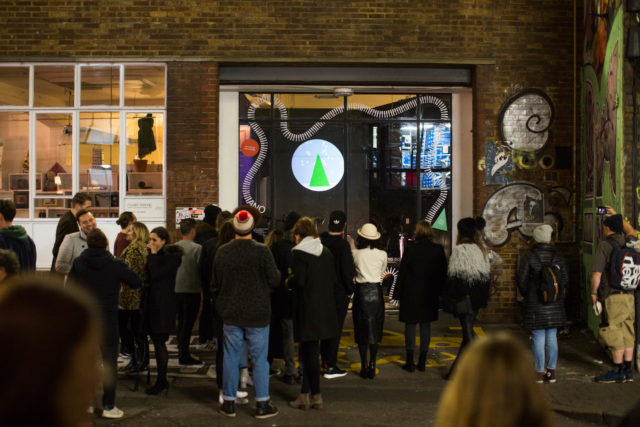