To promote the newly launched i-CTDi diesel engines in the UK.

The spot brings to life Honda’s dedication to continuous improvement. It is based on the insight that if you hate something, you can be inspired to change it and make it better. Honda’s chief engineer hated diesel cars. He pledged to change noisy, dirty, expensive engines for the better. This story of positive hate inspired us to create the ‘hate something, change something’ campaign. It comprised TV, cinema, print, radio, online assets and an interactive website.

The campaign was a big success, commercially and critically.

Honda reported its brand awareness figures more than doubled in the period following the campaign’s debut. Overall sales of Honda products within the UK increased by more than 35% and sales of diesel-engine Accords went from 518 units in 2003 to 21,766 units in 2004.

It was the most-awarded campaign of the year, sweeping awards ceremonies and winning the Cannes Grand Prix. The ad was later picked as Adweek’s best commercial of the decade. 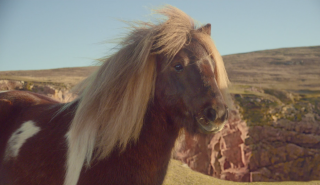