If Homes Could Talk

To help launch the initiative, we worked with Nike to create a 90-second film. Shot on location in the streets where Raheem’s dream began, the spot is directed Billy Boyd Cape at Academy Films.

The film follows a series of empowering murals which appeared throughout Raheem’s home town: five locations, five turning points in his life, five unique artworks. At each site, a plaque gave details on the challenges that faced Raheem and how he overcame them. The artwork was designed by Nike, Tomorrow Bureau and Wieden+Kennedy.

A sixth and final mural now permanently spans the outside wall of Ark Elvin Academy. The team photo shows Raheem side-by-side with the academy’s current students, defiant, and ready to smash all expectations. The artwork was created by Nike with Crowns & Owls and Wieden+Kennedy London. 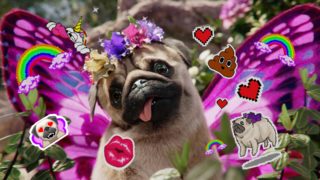