The scientists know it, politicians know it, business knows it, even the Kardashians know it. We are in the middle of a climate and ecological emergency. This isn’t some far-off maybe-one-day future thing. The planet is on fire. Right now. And the consequences are beyond catastrophic. Yet most of us continue to act like it’s business as usual.

But young people know it’s not business as usual. That’s why millions of smart, opinionated, creative, articulate, terrified and amazing kids have been sacrificing their education to join #FridaysForFuture on the streets.

On September 20 they’re inviting all of us to join them. In their words:

Young people hope this moment will show that they have the backing of millions of human beings who have a growing dread about the climate emergency but who have so far stayed mostly on the sidelines.

We wish we hadn’t stayed “mostly on the sidelines”, but the truth is we have. Along with most of the so-called ‘grown-ups’ on the planet.

But on September 20 thousands of organisations like Patagonia, Lush cosmetics and Ben & Jerry’s are leaving the sidelines, closing their doors, and encouraging their people to join the strikers.

Along with them Wieden+Kennedy London will be closing to allow as many people as possible to join the Global Climate Strike. We hope you understand. And it’d be even better if you joined us.

To find out more about what we’re doing and why visit globalclimatestrike.net

P.s. We know that we also need to fundamentally rethink everything we do. We’re working on it, it’s complicated. But wholeheartedly joining the Global Climate Strike and spreading the word isn’t the worst place to start. 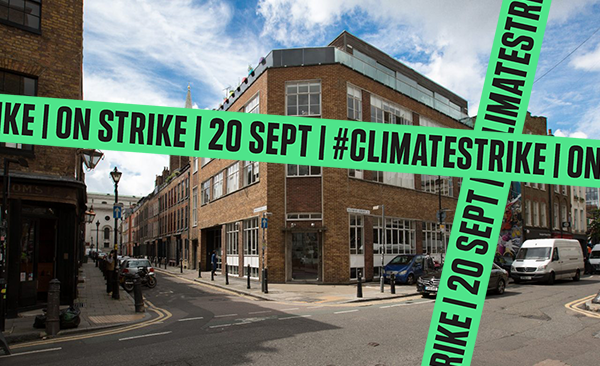