Campaign’s School Reports score the great and the good of the advertising industry, taking into account the work, business health and culture. And by all accounts, we’re doing pretty well.

W+K London was one of only six agencies to score an eight, which is “Excellent” according to Campign’s ratings system.

Campaign said: “Wieden+Kennedy’s start to 2018 couldn’t have been better with the release of Nike’s ‘Nothing Beats a Londoner’. Despite an ensuing legal challenge that banned the brand from using the LDNR trademark, the campaign won awards including the inaugural Cannes Lions Social & Influencer Grand Prix and seven yellow D&AD Pencils. More than industry accolades, the ad became a cultural moment.

“In its 20th year, Wieden+Kennedy London continued to shine brightest in the work, for example, the launch of Formula One’s first global campaign, which introduced six F1 fans to the visceral force of racing. ‘Phones Are Good’ for Three bucked the popular narrative of smartphones damaging society and reimagined historical situations as if phones had existed. And two years after winning Sainsbury’s, the agency hit its stride with the supermarket’s Christmas campaign. Despite inadvertently mirroring John Lewis and Waitrose’s epic school play from earlier in the year, the ad won hearts with characters such as the viral #PlugBoy. TK Maxx’s Christmas spot about a never-ending stocking also stood out.

“Outside the realm of traditional advertising, Niantic’s launch campaign for augmented-reality game Ingress Prime featured two opposing AIs trained by gamers in the art of persuasion.

“New business won last year included Deliveroo, which unveiled its first global marketing campaign in early 2019. The oddball work bore the hallmarks of an agency that remains one of the hottest creative shops in London.”

Thanks to Campaign for the kind words. But the biggest dollop of gratitude goes to our team, clients and partners which made our 20th year one to remember. 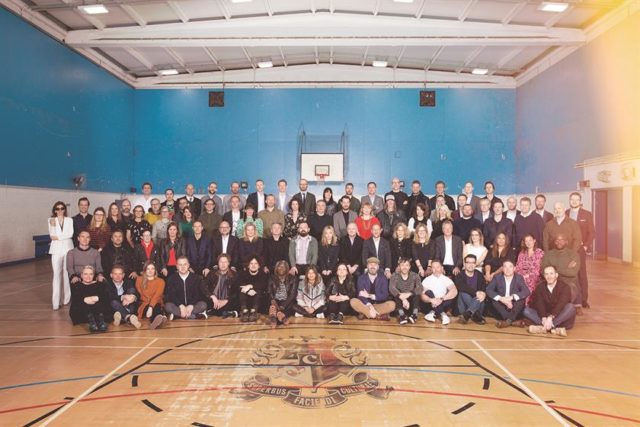