This year marks the 50th anniversary year of the Stonewall Riots. We commemorated this pivotal point in the history of the LGBTQ rights movement by hosting a special performance of Riot Act.

The verbatim theatre piece – created and performed by Alexis Gregory and directed by Rikki Beadle-Blair MBE – was created for the 2018 Queer Season at the King’s Head Theatre. Alexis interviewed one of the last remaining Stonewall Riot survivors, a radical-drag icon from London’s East End, and a prominent ’90s London ACT UP AIDS activist and uses their stories in this solo performance, which covers six decades of queer history.

The performance was warm, touching, hilarious and shocking in equal measure and gives a much needed voice to some of the most important figures in recent LGBTQ history.
Massive thanks to Alexis and Rikki for making time in their crazy schedules to come in and stage the work for us – as well as all those within the agency who helped to make it happen. 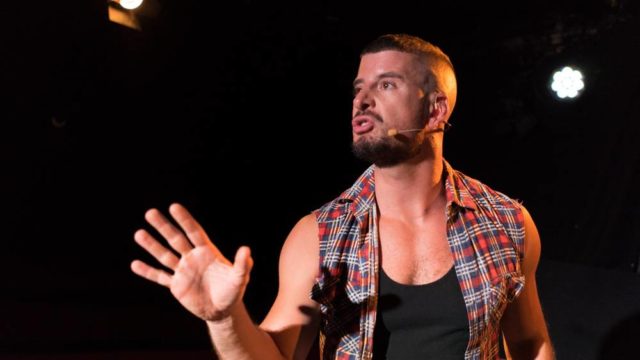