Capping a year that’s seen the agency earn best-in-industry citations from three leading business publications, and create some of its most culturally impactful work, W+K has announced a leadership shift to take the company into the next era.

Colleen DeCourcy and Tom Blessington will be co-presidents, as Dave Luhr and Susan Hoffman move into chairperson roles alongside W+K co-founder Dan Wieden. As co-presidents, DeCourcy and Blessington will join forces to lead, run, and inspire the W+K network. They will absorb the former roles of chief creative officer and chief operating officer, effective October 1, 2018.

Neil Christie, who has served as W+K’s chief operating officer since March of 2017, is making a welcome return to W+K London as chief executive. Helen Andrews remains our managing director, working alongside executive creative directors Iain Tait and Tony Davidson.

DeCourcy had been serving as W+K chief creative officer since 2016. She has been at the agency since 2013, when she was hired as global executive creative director, and she became partner/stakeholder in 2014. She’s also become a respected creative leader in the marketing industry and has been instrumental in future-proofing W+K’s creative capabilities and expanding and diversifying the network’s talent and leadership. On her watch, the agency has built on its reputation for creative excellence while earning new recognition for innovation.

Blessington returns to W+K after a year at YouTube, where he served as vice president of brand, media, and experiences. Blessington first joined W+K in 1990. During his long tenure at the agency he held a variety of key roles, including leading the Nike business both in the US and Europe. He also helped open and establish W+K Amsterdam, and later, W+K New York, serving as that office’s first managing director. Tom was also a member of the agency’s partner/stakeholder group, a position he will resume. Prior to his time at YouTube, he was managing director of W+K Portland for 11 years.

“To say I feel a huge responsibility would be an understatement,” says DeCourcy. “We’re just going to continue to follow Dan’s best advice: ‘Loosen up, don’t let the brand get too polished and predictable. It ain’t mathematics, it’s jazz.'”

Blessington says: “Suffice it to say, I didn’t expect to be at YouTube for only a year. It’s an amazing company that I respect and admire greatly. But I’ve spent almost a quarter of a century helping W+K become the agency it is today, so when Dave asked if I would return to take the reins and co-lead the network, it felt right to come home.”

Luhr had been president of W+K since 2013. He joined the agency to run the Nike account in 1986, when the start-up shop had a staff of 30 and a single office in Portland. He later became MD of the Portland office and one of the agency’s first partners/stakeholders. Luhr was focused on diversifying W+K’s client roster and growing the agency into what is now the largest global independent advertising micro-network.

Hoffman came to W+K as employee number eight and has spent the last 35 years defining the agency’s culture and setting the bar for creative excellence. During her tenure she’s helped open W+K offices around the world and has served as ECD in Portland, Amsterdam, London, New York, and Delhi—and for the past year has been in the CCO role on the global management team. Her body of work includes some of the agency’s greatest hits for iconic brands including Nike, Old Spice, Levi’s, Chrysler, Target, and Procter & Gamble, to name a few. In 2017 she was inducted into The One Club Creative Hall of Fame, and in October she will accept a Lifetime Achievement Award from the Clio Awards.

“Dan Wieden and David Kennedy started this agency with a unique and long-lasting vision,” says Luhr. “Those foundational values have provided us with a hunger to construct a future agency even stronger than the one we have enjoyed to date. It is time to pass the torch to a new generation of visionary leaders to run the agency that I love so much. Colleen and Tom are two of the strongest creative and business minds I have ever met. They are inspiring and driven by the desire to make interesting work with great partners. I feel very confident about the future leadership of this agency and fortunate to have such a strong team paving the way for our next chapter of creativity.”

Hoffman says: “I am incredibly spoiled to have grown up at an agency that always put people and creativity first. It’s important to me that it stay this way, that we forever fight for what’s best for the work.” 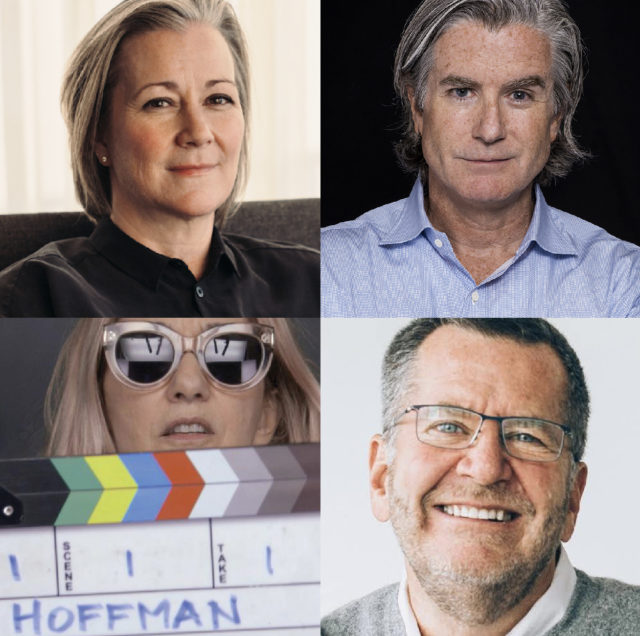