My Time is Now

To promote the release of Angry Birds 2 and recruit players to Rovio’s game.

We created a film which imagined a real-world version of the game’s narrative. Set on Piggy Island, it transported people to a luxurious paradise where happy pigs frolic in the sunshine and swim in crystal clear waters. But Piggy Island is soon revealed to be the setting of an attack by a furious squad of Angry Birds, who have been plotting to take their revenge on their arch enemies, the pigs. We co-ordinated activity across social media which helped to rally fans to join the fun.

1 million downloads in first 12 hours, 10 million the first three days and growing to over 50 million within a month of launch. 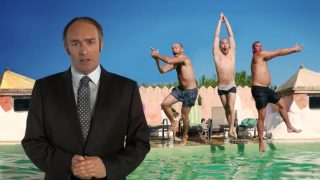