As Valentine’s Day approaches, it’s time to think about the ones we love – our phones. They’ve been getting a hard time of late and we’re constantly being told that they’re bad for our relationships.

But Three believes that, all things considered, Phones Are Good. Remember what it was like trying to meet people before Tinder? Remember sitting at dinner with nothing to say to your other half? Remember booty calls before Uber?

This phase of Phones Are Good launched on Feb 11 during Valentine’s mobile primetime – the three day rush to arrange Tinder dates before the 14th – and is live  across social, digital, TV, cinema and OOH, including contextual messaging celebrating phones in cinemas, gyms and bathrooms (admit it, you scroll there too). 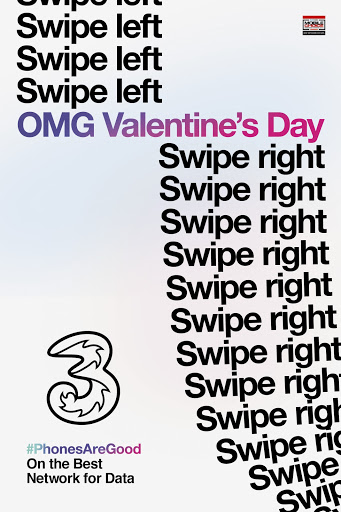 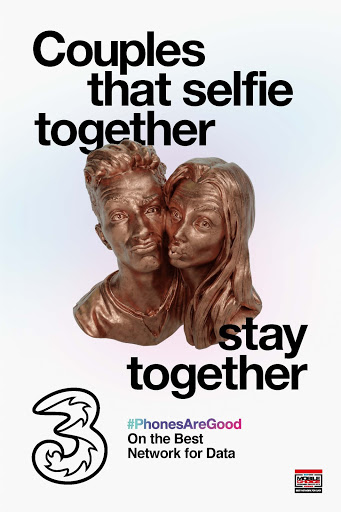